When this is implemented, VM will use auto-created volumes as root and local(defined on flovor 'local_gb').

The 'auto_create_boot_volumes' flag should be True to tragger this logic.

With BootFromVolume blueprint, we can use a volume as root like EC2 supports EBS-based volume.

But it needs pre-created and pre-os-installed volumes.

With this blueprint, There's no need the pre-created volume.

Below steps will be added.

3) inject ssh key or metadata or files into the root volume device if it needs.

For root volume support, the following blueprints are assumed. 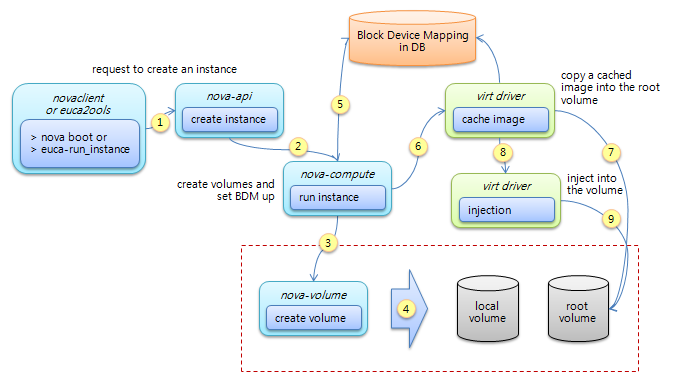