Difference between revisions of "Obsolete:ArchitecturalOverview"

This page is outdated

The content of this page has not been updated for a very long time. Sections of this page are incorrect when referring to the current release. 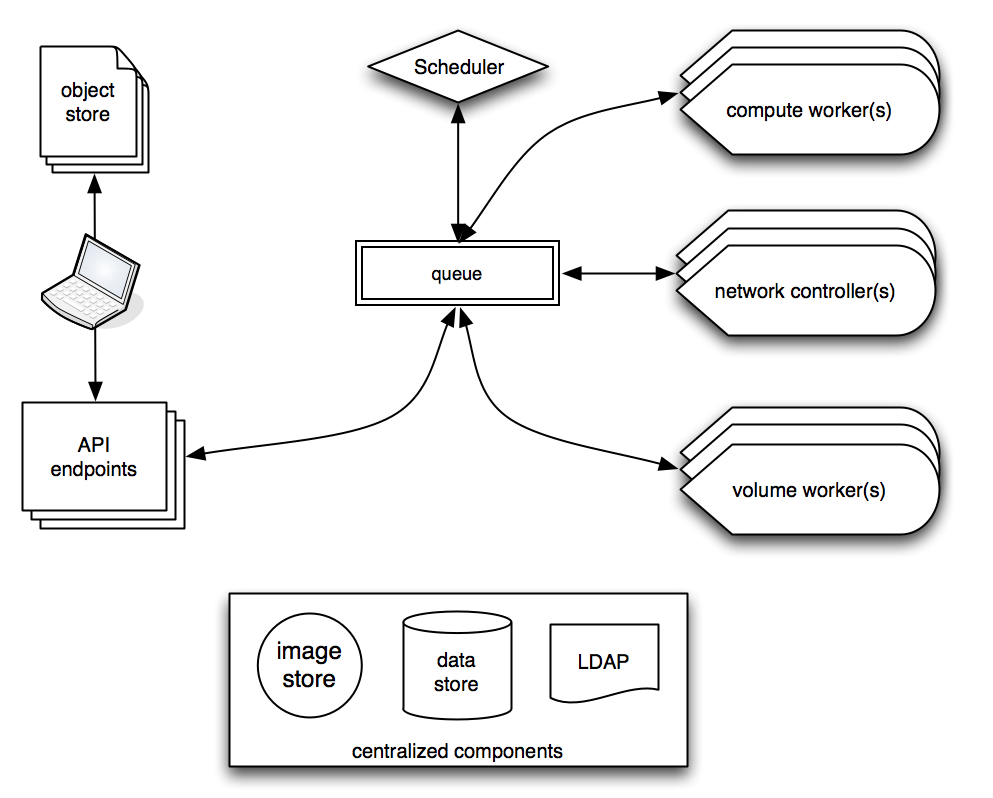 Currently, there are three strategies for networking, implemented by different managers:

The implementation of creating bridges, vlans, dhcpservers, and firewall rules is done by the driver linux_net. This layer of abstraction is so that we can at some point support configuring hardware switches etc. using the same managers.