We are specifically trying to reach a compromise between being too prescriptive and having a portal that has an inconsistent experience.

A discussion around the numbers of clicks required to complete a task is appropriate because of the tendency to use it as a measure the efficacy of a design. For example, arguing that a design requiring three clicks instead of four is always better for users.

"The 3-click-rule is the Freddy Kreuger of web design advice. You think it’s finally dead and then it comes back and starts slashing up sensible debate about usable design. I’m hoping to convince you to stop talking about the 3-click rule. I don’t mean substituting it with the 4-click rule or the 5-click rule. You should stop counting clicks as a measure of usability altogether."

"If there is a scientific basis to the Three-Click Rule, we couldn't find it in our data. Our analysis left us without any correlation between the number of times users clicked and their success in finding the content they sought."


There are other ways to measure usability that correlate well with customer satisfaction. For example, there are a number of standardized questionnaires that provide ratings for individual tasks or overall experience. 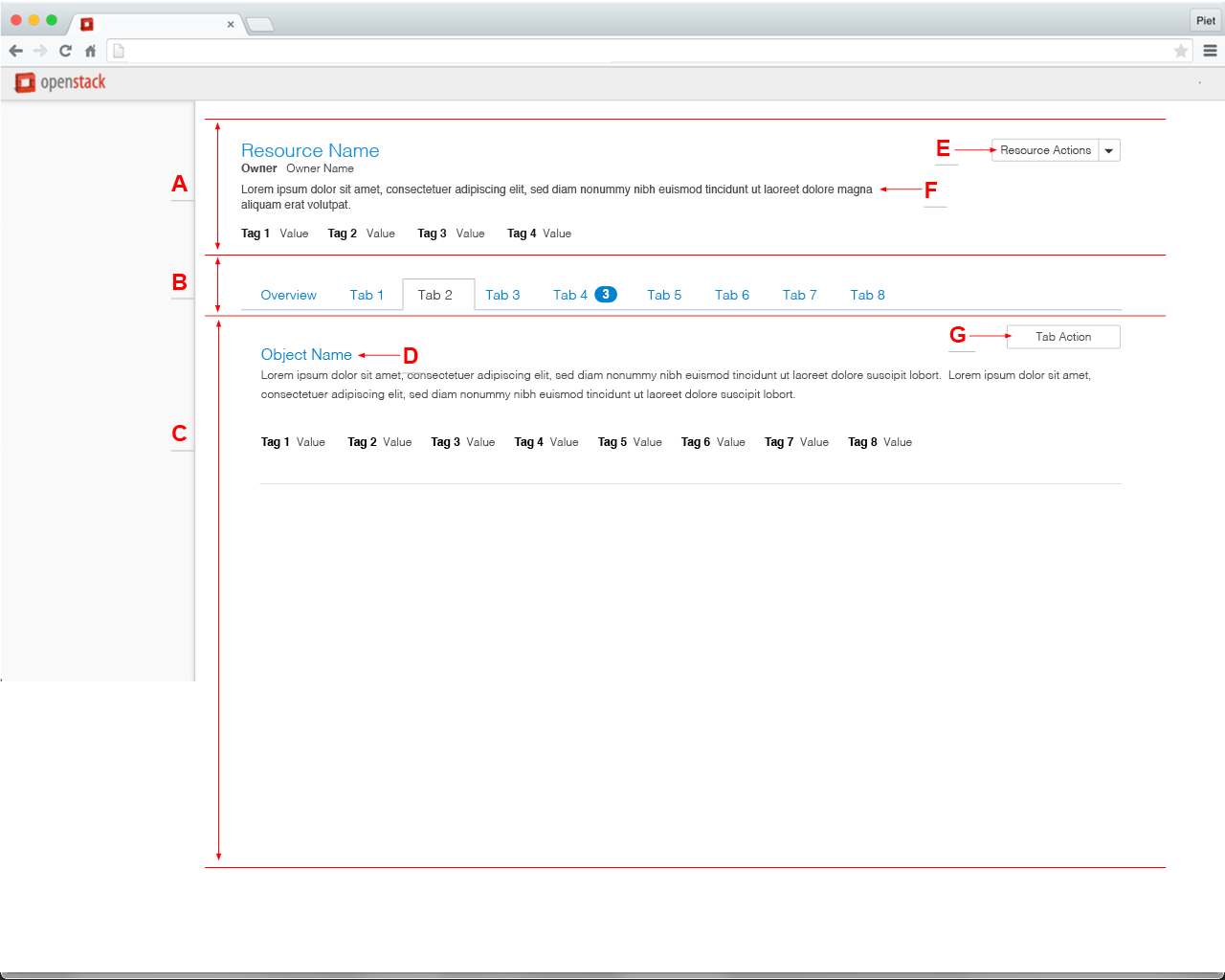 A: This area should only include descriptions and tags that describe the entire object. For example, Instance No. 12 is active and not content within one of the tabs. On the other hand hand, the amount of Ram within a flavor should be in the Flavors tab.

B: Tabs should represent resources that make up the object. For example, Instances are built from Images, Flavors, Networks, etc.

C: This area should only include content specific to that tab. For example, a tag describes the number of VCPUs within that specific flavor belongs on the Flavors tab.

D: Link to Details panel for the m1.small flavor.

E: Only include Actions that impact the entire object such as creating a Snapshot or Terminate Instance.

F: Detailed descriptions are important to new users. This is particularly important in OpenStack where the terms varies significantly from other cloud solutions.

G: Only include Actions that are related to content within the tab. For example, it is appropriate to include Resize Instance, but Create Snapshot would belongs at the top of the Details panel. 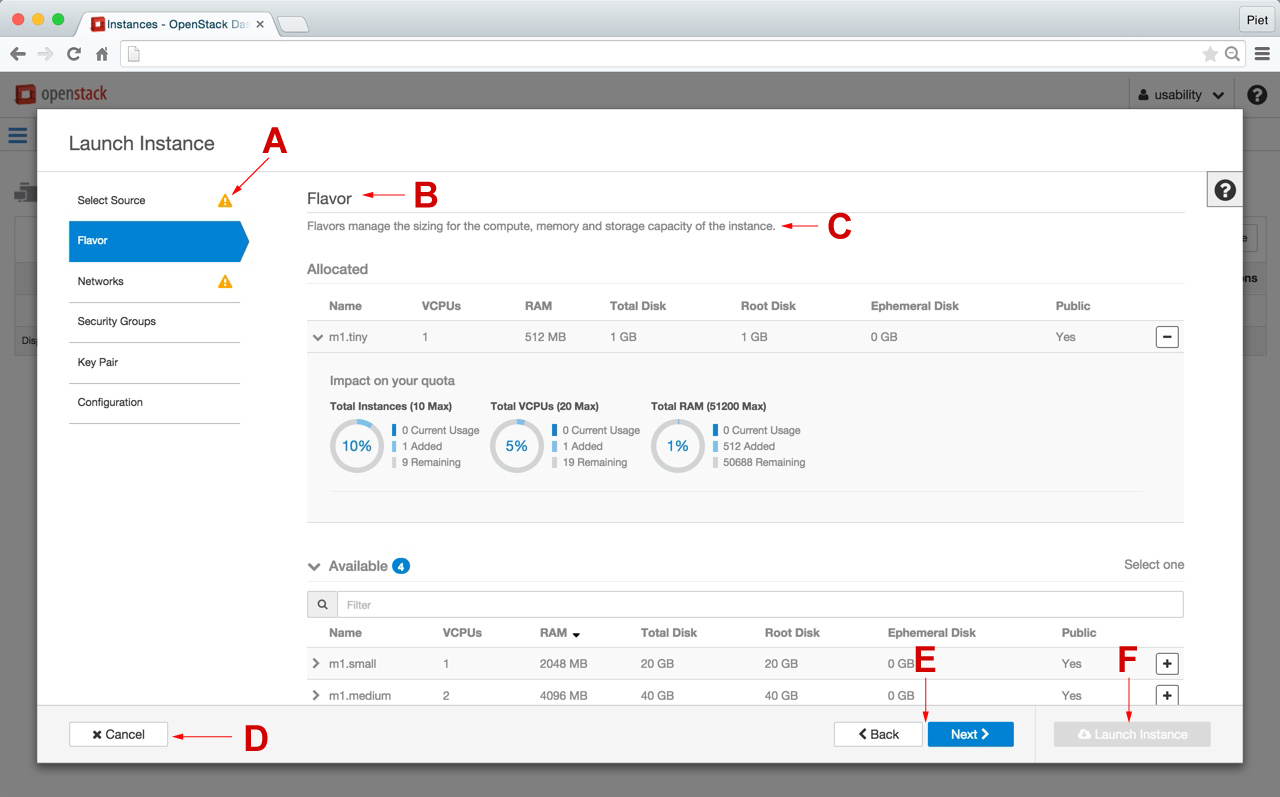 A: The navigation to the left should display which steps need to be completed before the user is able to launch an object. Users should be able to complete these steps without having to complete previous steps.

B: In general, the step heading can have more text than is displayed within the menu. The rationale is that the menu has space constraints while the header can generally have more text.

C: The description should be as specific as possible. Please remember that not all users will be familiar with this UI or the vernacular user by the community.

D: Cancel button should always be aligned to the left side of the modal

E: The Back and Next buttons should be to the immediate left of the Action button. The Back button should not visible in the first step.

F: Launch Action should always be aligned to the right of the modal. It should be disabled until all required information is completed.