Currently Sahara is the single one service that works in one Python process. All of the REST API, DB interop, provisioning mechanism are working together. It produces many problems with high I/O load while cluster creation, lack of the HA and etc.

There should be two phases of improving Sahara Architecture.

Sahara should be split into two horizontally scalable services:

In this phase the following problems should be solved: 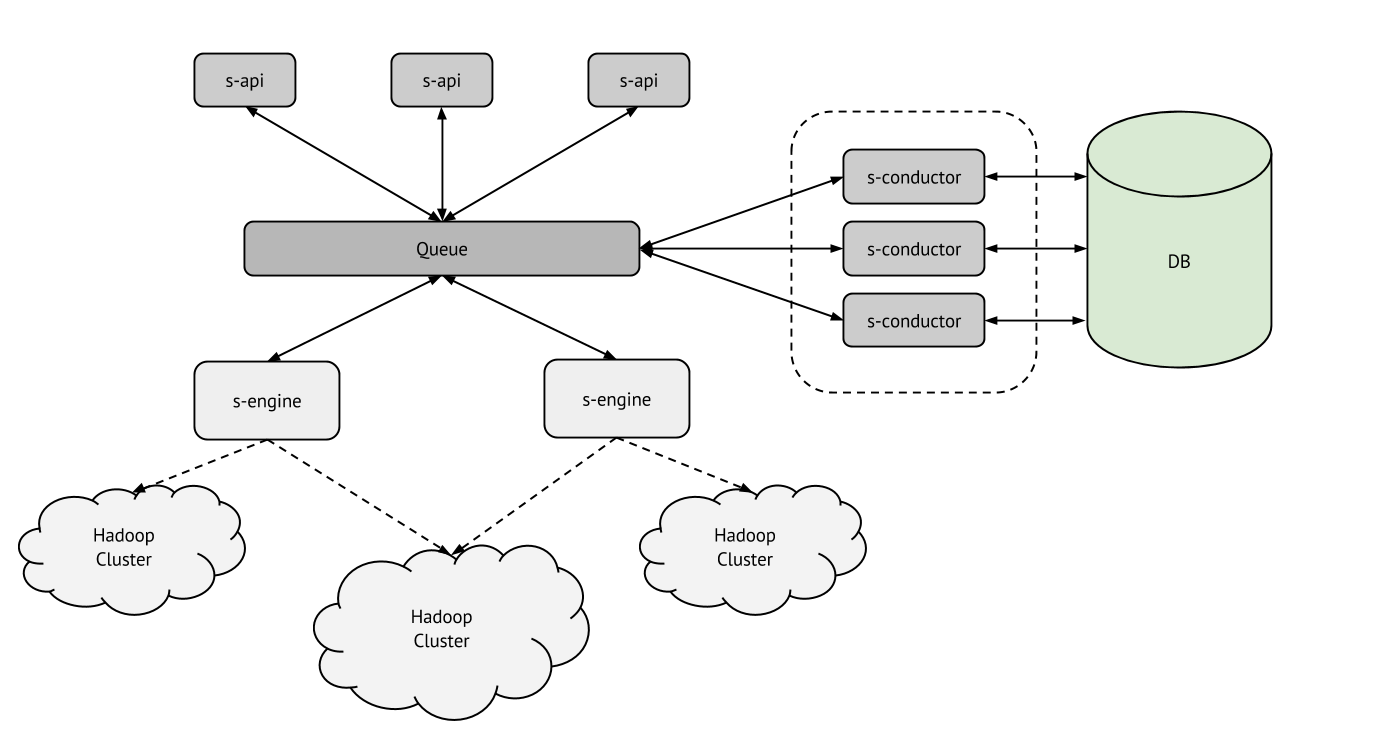 It should be horizontally scalable and use RPC to run tasks.

Sahara engine service should execute tasks and create new ones. It could call plugins to make something. Responsibilities:

We should create draft of Tasks Execution framework and implement it to use benefits of horizontally scalable architecture.

Etherpad for discussing and drafting it: https://etherpad.openstack.org/savanna_tasks_framework

This module should take responsibility to work with database and hide db from all other components.

All important operations in Sahara should be reliable, it means that Sahara should support replayings transactions and rollbacks for all tasks. Here is a library for doing it https://wiki.openstack.org/wiki/TaskFlow in stackforge. Looks like that it could be used for Phase 2 of improving Sahara Architecture. To solve reliability and consistency problems we should possibly add one more Sahara service for tasks/workflows coordination - sahara-taskmanager (s-taskmanager) that should horizontally scalable too.

In this phase the following problems should be solved:

The same behavior as in the "Launch Cluster" operation.

Some notes and FAQ

Why not provision agents to Hadoop cluster’s to provision all other stuff?

There are several cons for such behaviour:

Why not implement HA now?

Our main focus for now it to implement EDP and improve Sahara performance by support of using several engines to provision one Hadoop cluster and several Hadoop clusters simultaneously. So, we want to split this hard work to several steps and move on step by step.

Why do we need long-running operations?

There are several long-running operations that we should execute, for example, decommissioning when we decreasing cluster size.

How services will interop between each other?

Oslo RPC framework and Message Queue (RabbitMQ, Qpid, etc.) will be used to interop between services.