VDR(Virtual Distributed Router) is going to provide an option for user, to creat distributed routers, which allow one-hop forwarding for east-west traffic in virtualized networks. This will dramatically increase the total bandwidth, and also bring other advantages. 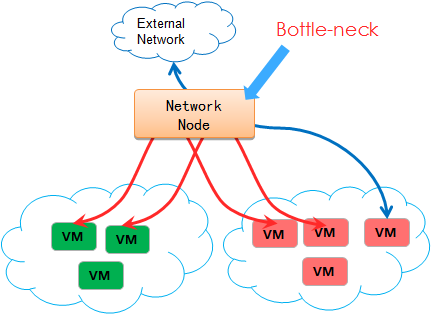 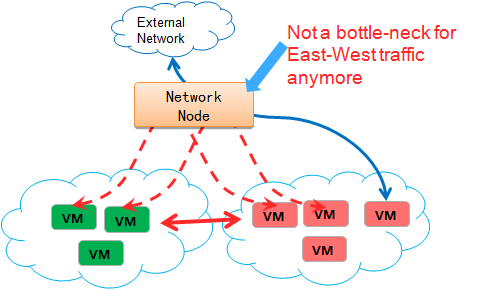 Here is a comparison between original OpenStack and a OpenStack with distributed router.

While for VDR, total bandwidth is not a static number, under high concurrency, the more hyperviosrs involve in, the more East-West bandwidth we can get. 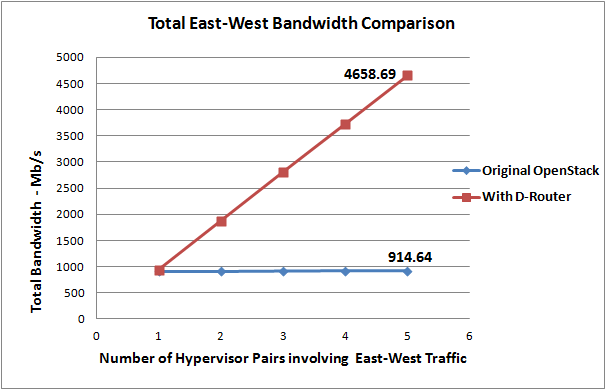 By introducing VDR, each pair of hypervisor always get a stable bandwidth, which equals the max capability of the physical link between them. 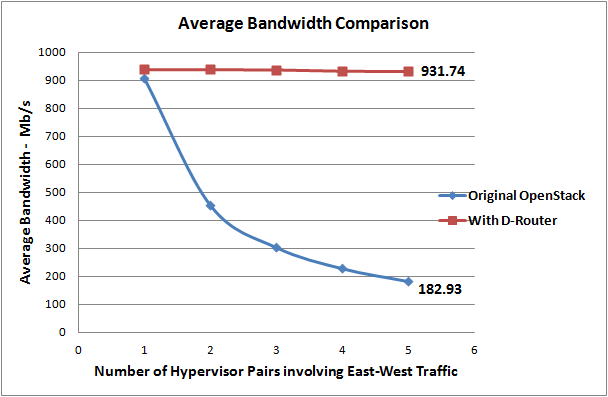 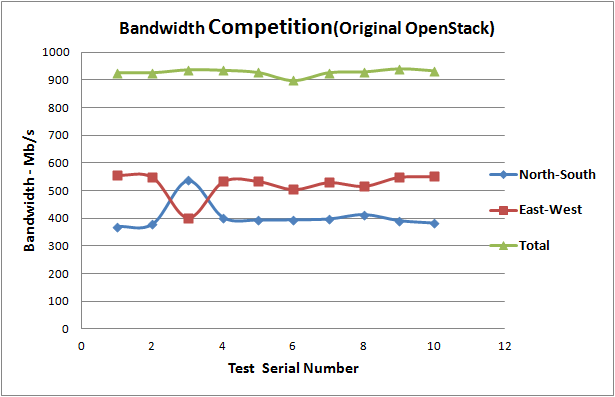 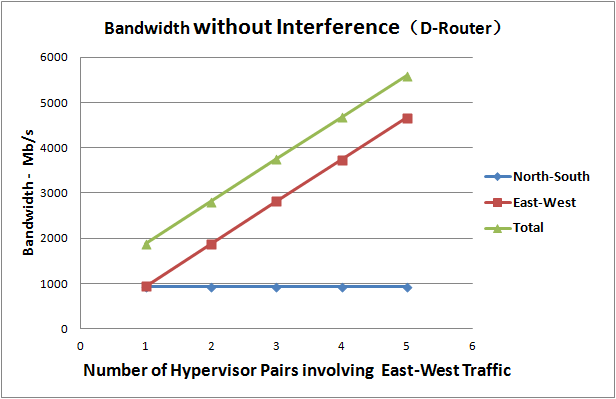