Purpose of this BP

The goal of this document is to propose to add an implementation of a TaaS driver for networking-vpp. Actual OVS driver for Tap as a Service uses openflow rules. With the port mirroring plugin in VPP, we should be able to implement the same feature, using the same API.

Relationship with other blueprint

TaaS has no blueprint, but here are usefull links:

As we leverage the existing TaaS model, we rely mainly on it. The main points are: - tenant isolation - selection of the direction of the captured packets (ingress, egress, booth)

Two sides of the implementation should be considered:

In booth cases, we should stick to the existing TaaS api to ensure cross project compatibility, 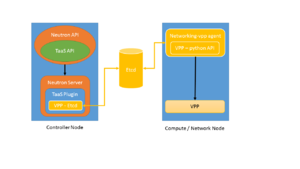 In order to support a meshed TaaS (ie multiple flows to multiple services), the possible implementation is the following: - the vhost-user interface is spanned to a loopback interface, this loop0belongs to the 'flow' bridge domain - we copy the packets from the flow bridge domain to the 'service' bridge domain, which includes: 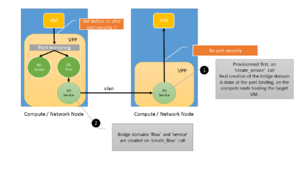