Difference between revisions of "Zaqar/Performance/PubSub/Redis"

These tests examined the pub-sub performance of the Redis driver (Juno release).

In these tests, various amounts of load was applied to the following configuration:

In these tests, observers were held at 50 while the number of producer clients was steadily increased (X axis). Each level of load was executed for 5 minutes, and then the samples were used to calculate the following statistics.

All requests succeeded, so error rates are not shown. 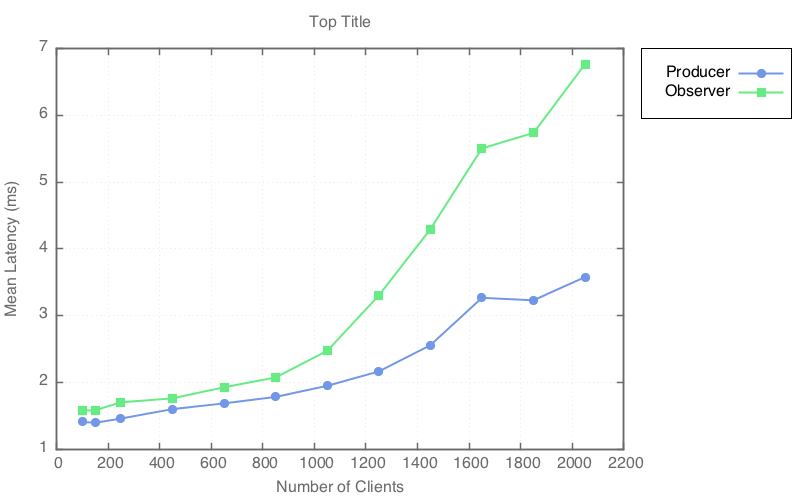 The Y-axis denotes the combined throughput for all clients in requests/sec. 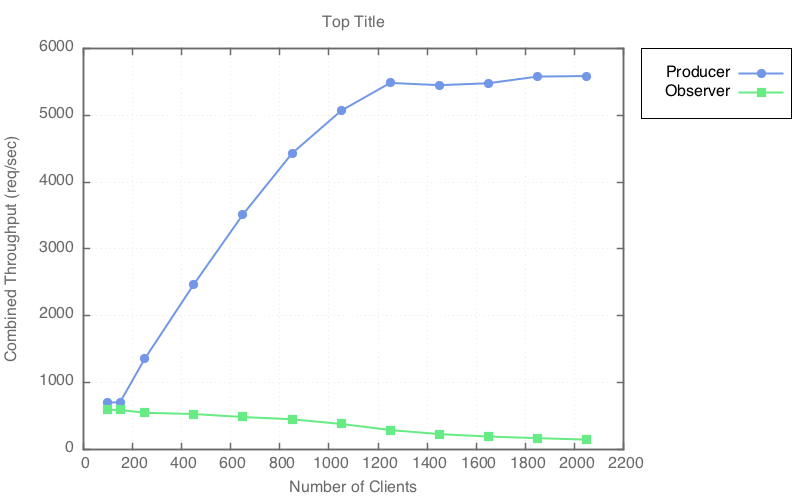 The Y-axis denotes the stdev for per-request latency (ms). 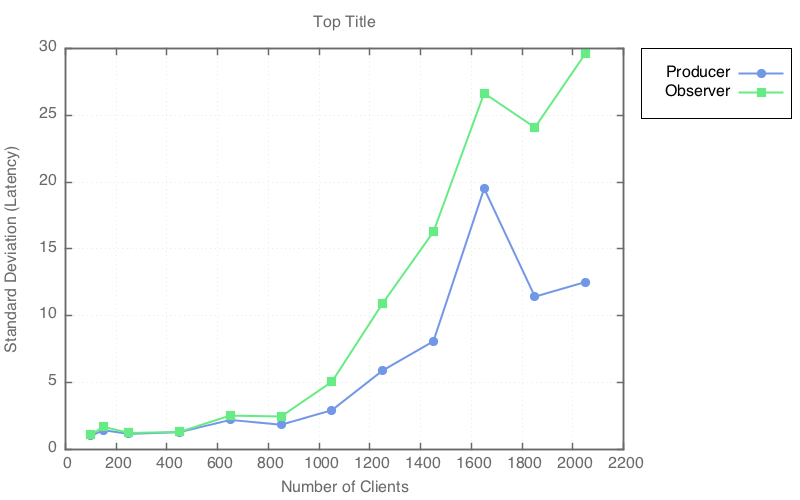 The Y-axis denotes the per-request latency for 99% of client requests. This shows the latency for most of the requests. 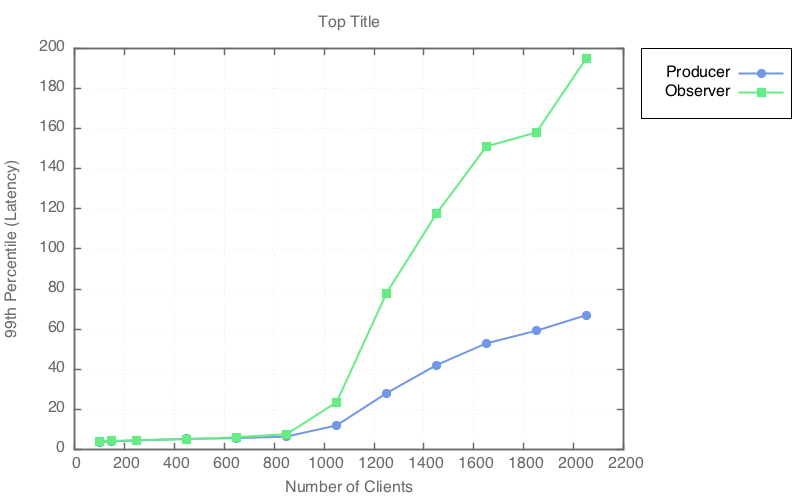 The Y-axis represents the maximum latency experienced by any client during a given run. To view the duration for most of the requests, see the 99th percentile graph, above. The spikes are likely due to Redis's snapshotting feature (the default settings were used for redis-server in these tests). 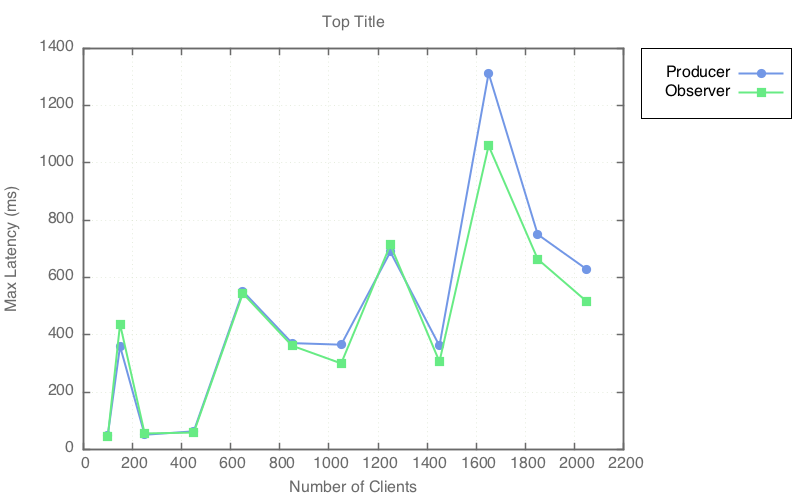