Difference between revisions of "UX/Improvements to Inline Help in Horizon"

Improvements to Inline Help in Horizon

Currently, there is a solution to support inline help in forms.

When the user clicks on a form field, they are presented with a pop-up containing some help text to guide them on what they might need to input into this field. During the usability testing we found that when these inline help pop-ups were presented to users, they were well received. Here is an example of what these pop-ups look like today: 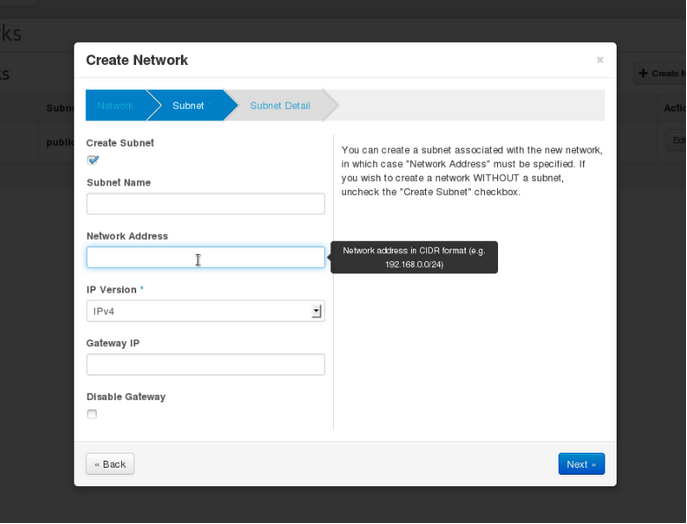 Although the current solution was well received, there are cases in which we got feedback that things need to be improved:

What does it mean to have a network in in Admin State? Some way to allow for an explanation of this field would be great for the user. Should we rely on the current “Help Text” styling to add a blurb of text under any fields that may need it?

Would it make more sense to have one solution that worked for any type of field? Perhaps something similar to this: 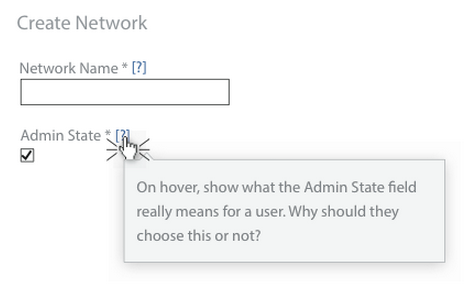