StarlingX is released periodically; one release in 2018 and three releases/year starting in 2019. A release consists of a branch in the source code repositories that enables repeatable builds over time.

Diagram needs to be updated 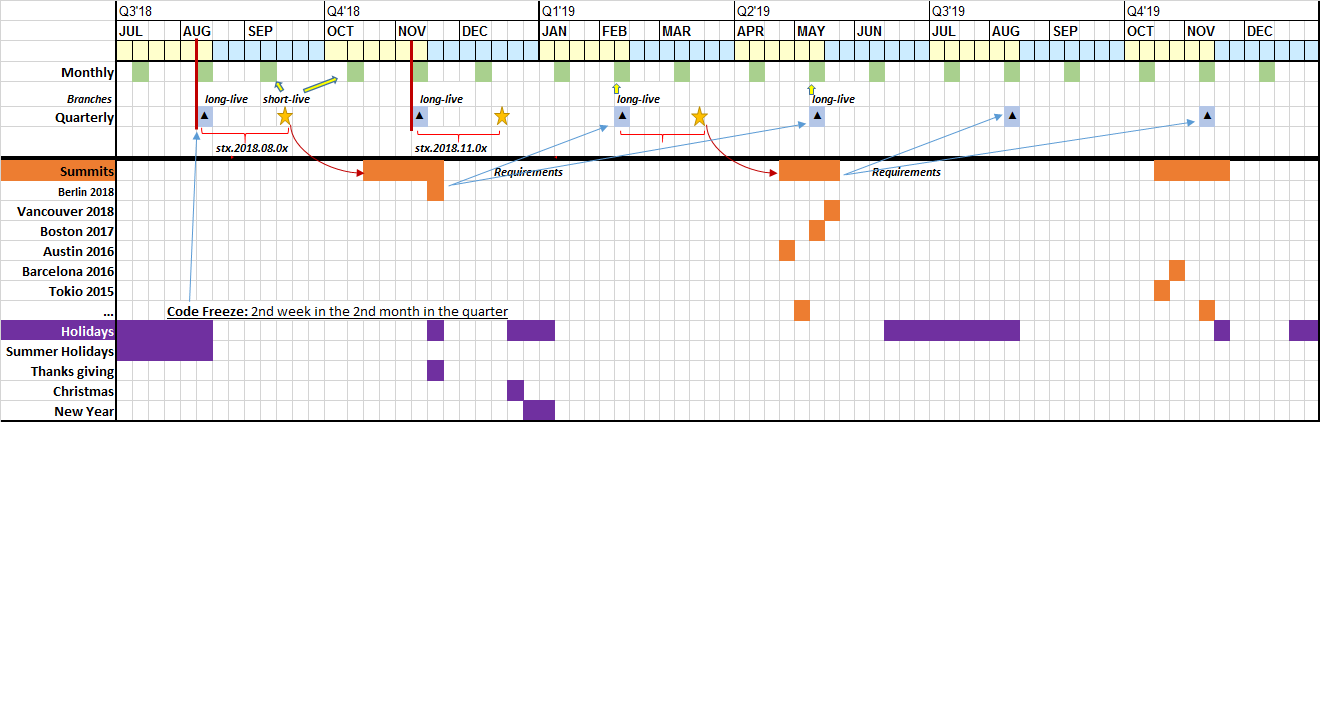