Difference between revisions of "Murano/SimplifiedMetadataRepository"

Currently, there are 5 types of metadata objects used by Murano Conductor: 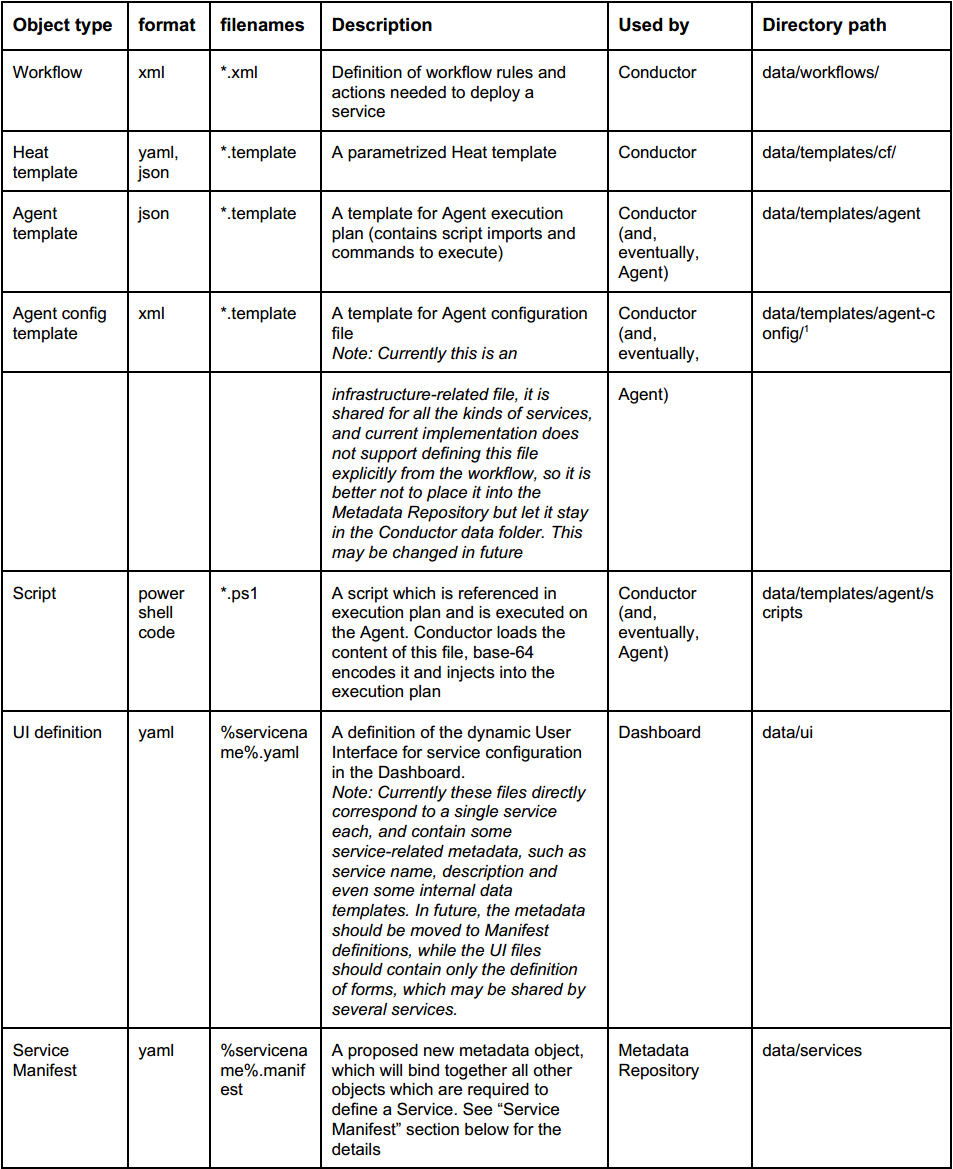 This is a new metadata object proposed to support Service Catalog feature. At the first release of Metadata Repository it will define just several basic properties of the services, but will dramatically evolve in future, eventually defining the service and its place in the Murano eco-system. It also binds together all other types of metadata objects by defining the names of the files which are required for a given service, thus allowing to easily list and retrieve all the dependencies of the single service. The manifest should be defined as a yaml file, containing the following properties:

In future revisions this property will contain an ordered list of forms (in some format like filename:formname), so UI of single service may be loaded from several shared files.

Scripts - a list of filenames of the powershell scripts for this Service.

Metadata Repository will provide a RESTful API endpoint for Murano Components (in the first version - for Conductor and Dashboard only), so they can act as a client for Metadata Repository and query it for the needed metadata objects. There will be two main APIs available:

This call will be made by Murano Dashboard. In response, the Metadata Repository will inspect all the service manifest files, process them and gather the filenames of all UI definitions mentioned for the services which have “enabled” property set to true. Then the repository will create a tar.gz archive containing all these files (preserving the directory structure) and put the archive into the response stream.

This call will be made by Conductor. In response, the Metadata Repository will inspect all the service manifest files, process them and gather the filenames of all workflow definitions, heat templates, agent templates and scripts mentioned for the services which have “enabled” property set to true. Then the repository will create a tar.gz archive containing all these files (preserving the directory structure) and put the archive into the response stream.

When processing the services for either of these calls, the Repository should act in a service-driven manner, according to the following algorithm:

API defined in 4p. should comply to the same rules as APIs defined in p8: its usage should invalidate all caches and should be synchronized with read-operations. 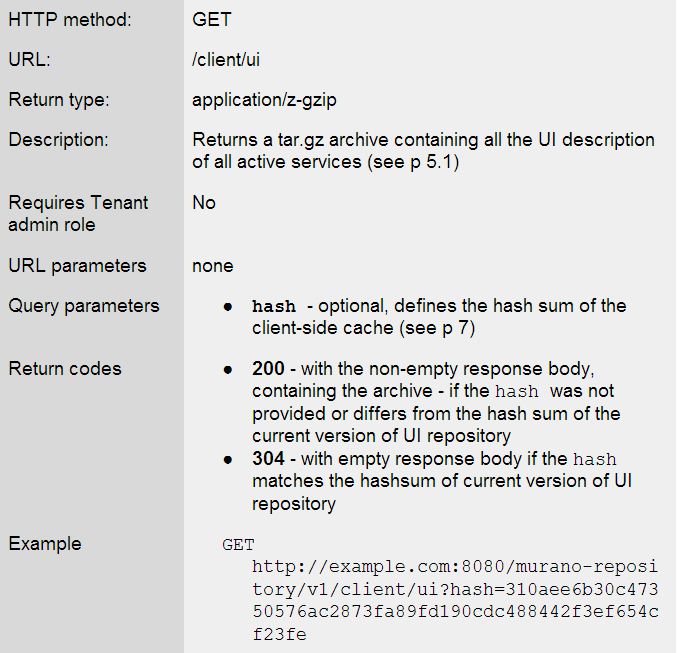 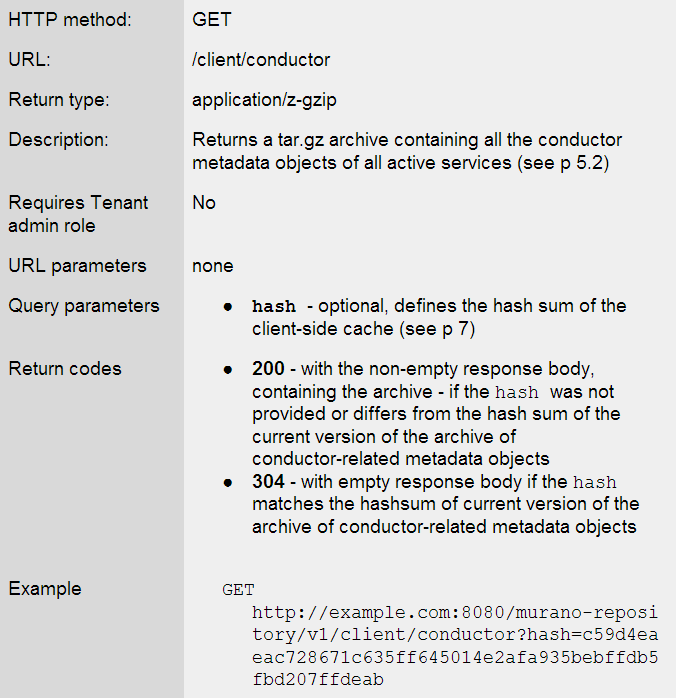 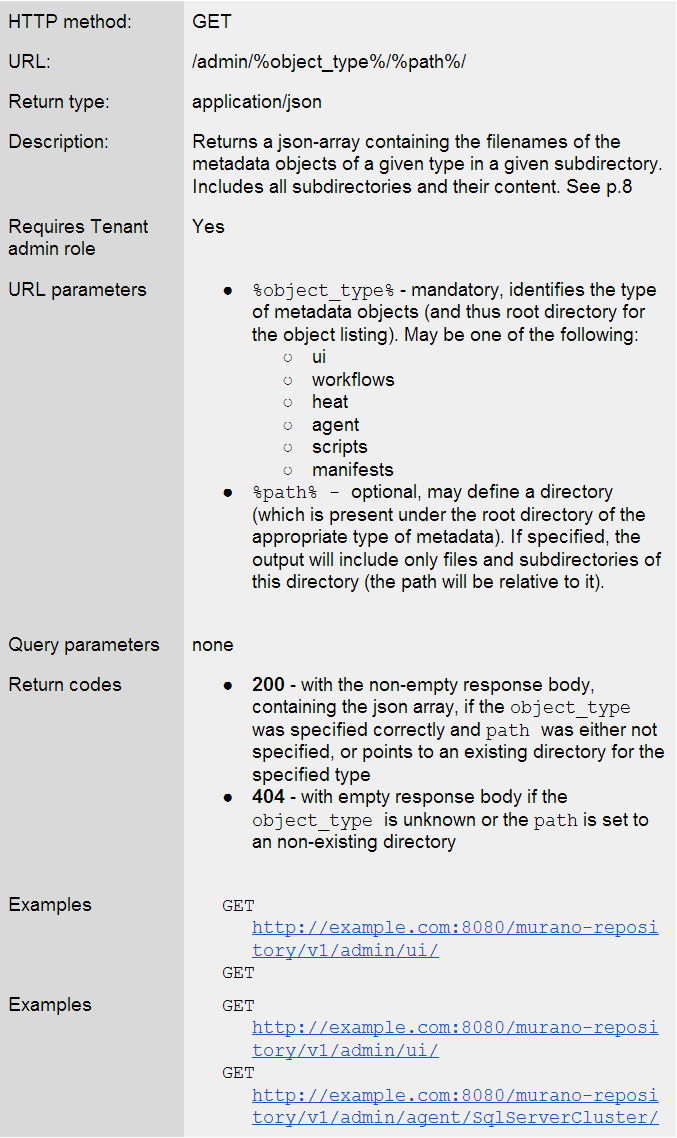 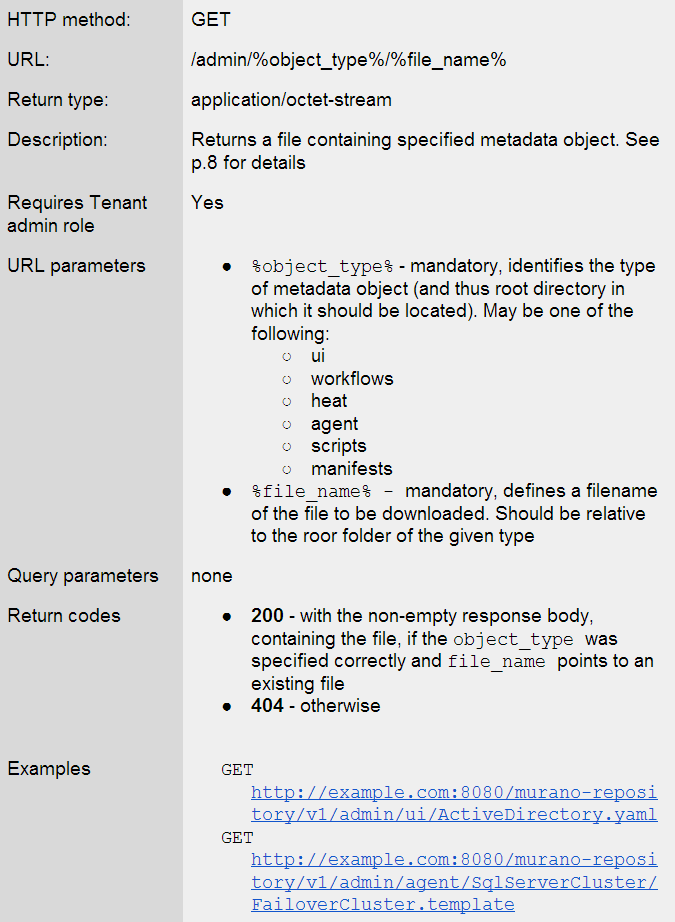 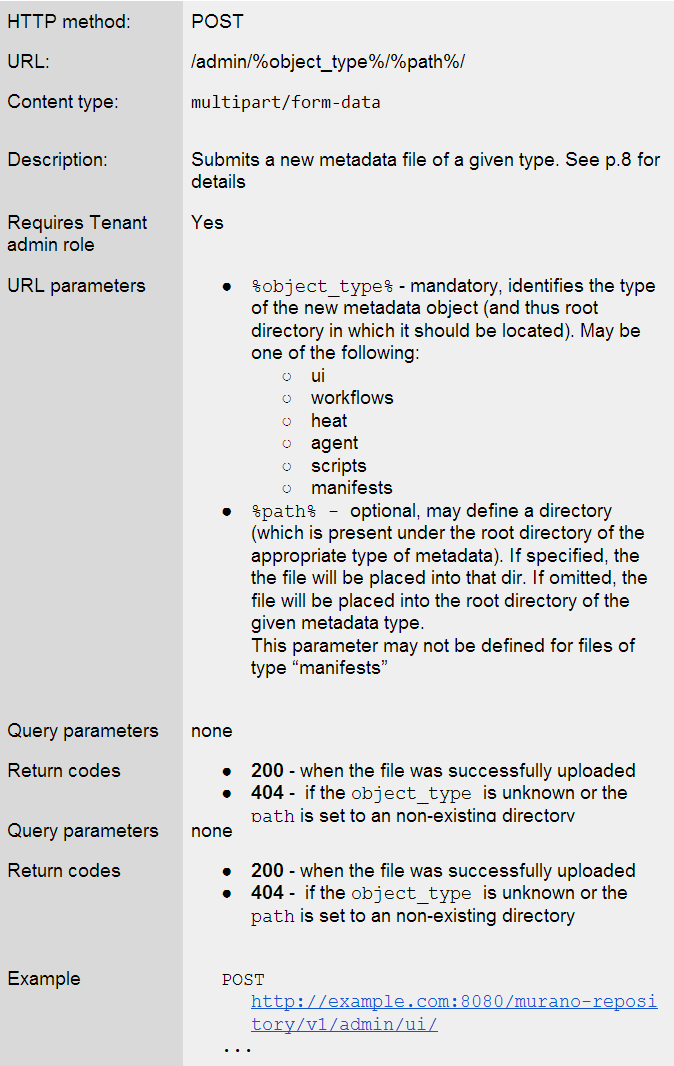 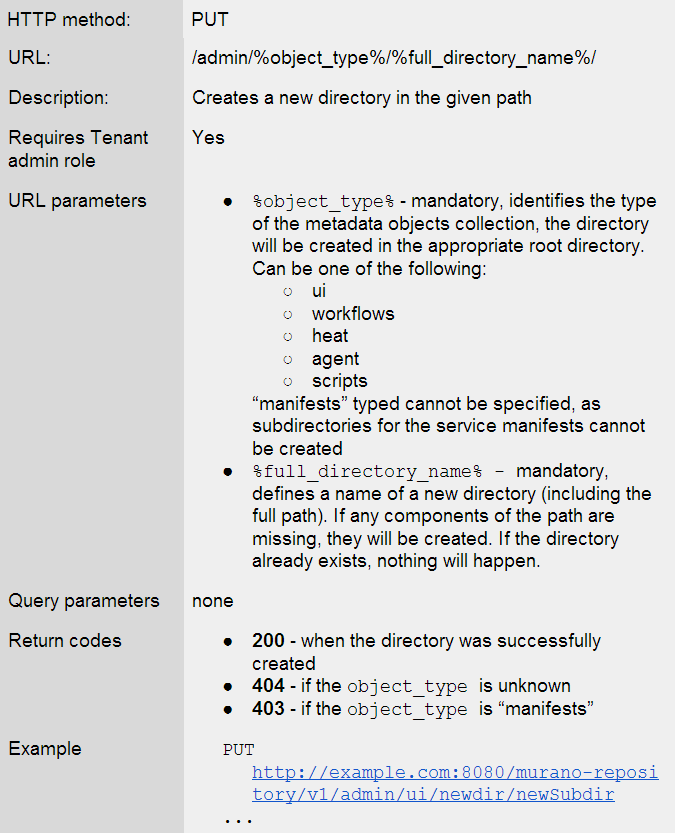 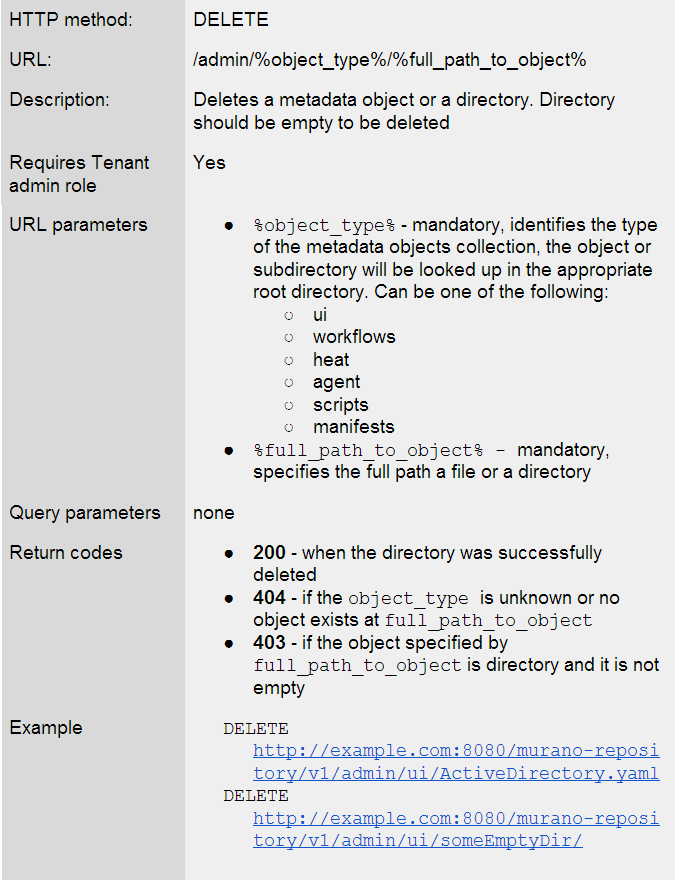