Difference between revisions of "Monasca"

Monasca is a open-source multi-tenant, highly scalable, performant, fault-tolerant monitoring-as-a-service solution that integrates with OpenStack. It uses a REST API for high-speed metrics processing and querying and has a streaming alarm engine and notification engine. 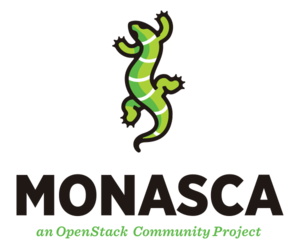 There have been many interesting and excellent presentations on Monasca, many given at the OpenStack or OpenInfra Summits.

Deployment
The following repositories are available for deploying Monasca:

This section describes the overall features. 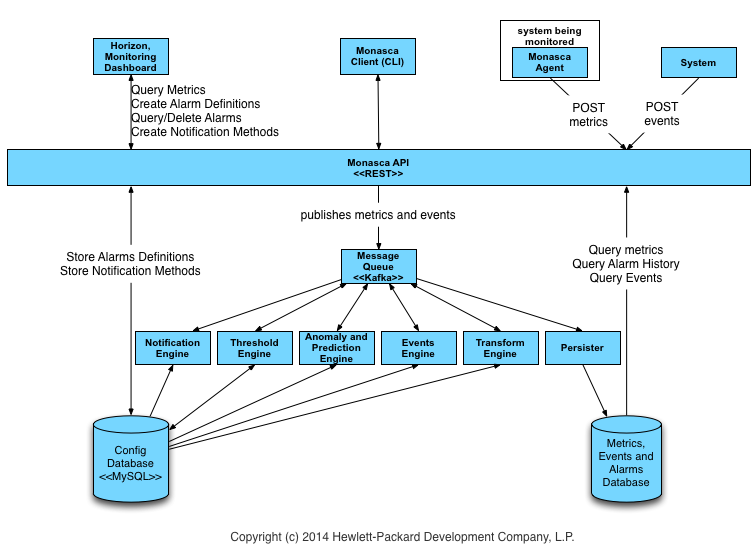 Most of the components are described in their respective repositories. However, there aren't any repositories for the third-party components used, so we describe some of the relevant details here.

A distributed, performant, scalable, HA message queue for distributing metrics, alarms and events in the monitoring system. Currently, based on Kafka.

There are several messages that are published and consumed by various components in Monasca via the MessageQ. See Message Schema.

A high-performance analytics database that can store massive amounts of metrics and alarms in real-time and also support interactive queries. Currently Vertica and InfluxDB are supported.

The SQL schema that is used by Vertica is as follows:

The config database store all the configuration information. Currently based on MySQL.

The SQL schema is as follows:

Support for real-time event stream processing in Monasca is in progress. For more details see the link at, Monasca/Events.

Support for logging in Monasca is under discussion. For more details see the link at, Monasca/Logging.

For more details see the link at, Monasca/Transform.

Support for anomaly detection and alarm clustering/correlation is in progress. For more details see the link at, Monasca/Analytics.

Enablement and usage for monitoring the status of Monasca is under discussion. For more details see the link at, Monasca/Monitoring_Of_Monasca

Adding more support for common UI/UX queries is under discussion. For more details see the link at, Monasca/UI_UX_Support

Monasca relies on keystone for running and there are requirements about which keystone configuration must exist.

This section describes the sequence of operations involved in posting a metric to the Monasca API. 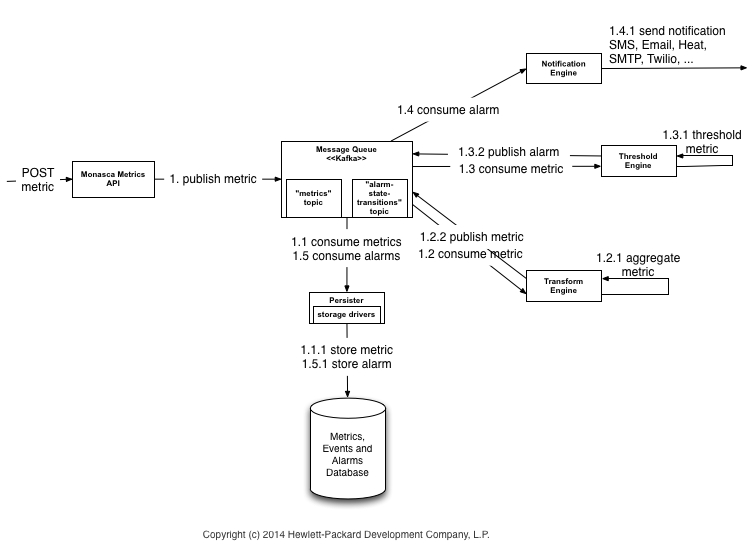 This section describes the new features including alarm grouping, inhibition and silencing.

Three alarm transitions: AT1, AT2 and AT3

Output: AT1 and AT3 match exclusions and send notifications immediately. Generate a grouped notification “group_notification_rule_1_host1_alarm[1]” and send out using alarm_actions ["cd892"]. There are no alarm_actions, ok_actions or undermined_actions associated with the AT1, AT2, AT3 alarm definitions.

Alarm transitions: AT1, AT2

Output: no notification sent out. For inhibition, AT1 is the source alarm, AT2 is the target alarm. But at the same time, AT1 get silenced because it matches the silence rule.

Licensed under the Apache License, Version 2.0 (the "License"); you may not use this file except in compliance with the License. You may obtain a copy of the License at