Relationships between groups and projects/series 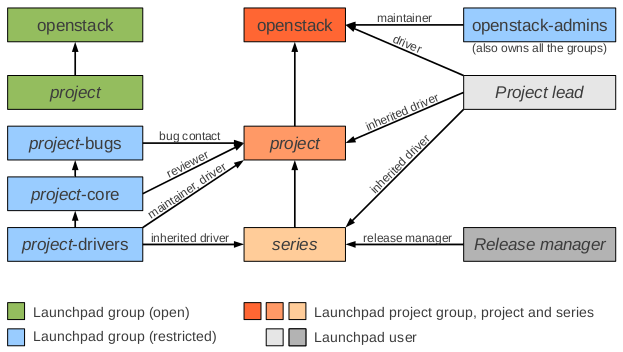 Join this group if you're interested in a spcific project.

The project bug groups are the bug contact for a given project. They have the ability to see Private bugs filed against the project.

The project drivers groups are the maintainers and the drivers for a given project. They have the ability to create series, milestones, and accept bug and blueprint goals for a given series.

The openstack-admins group is an administrative group that owns all other groups. Additionally, it maintains the details of the OpenStack project group.