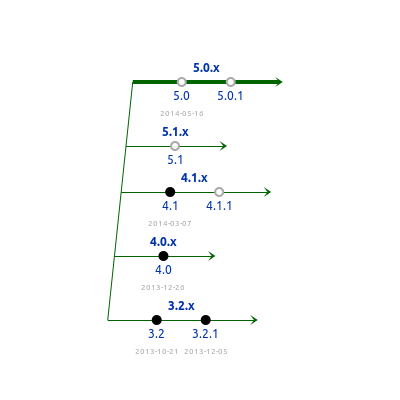 By default all the bugs are considered to be in the current "focus of development" series, which is now set to 5.0.x. See "Development focus" field at Launchpad Fuel page.

If you think that bug affects another release, you should click nominate for series (or, if you have extended rights, target for series) link on the bug page and mark the release, affected by the bug. This will create new row in bug description, where you can choose another milestone, status, assignee and so on for the same bug but in this particular series.

Note that the fact that certain release affected by the bug doesn't necessarily mean that the bug should and will be fixed in its series.