This page contains a summary of the subjects covered during the Cinder project sessions at the Victoria PTG, held virtually June 2-5, 2020.

The sessions were recorded. Links to the recordings are located at appropriate places below.

The full etherpad and all associated notes may be found here: 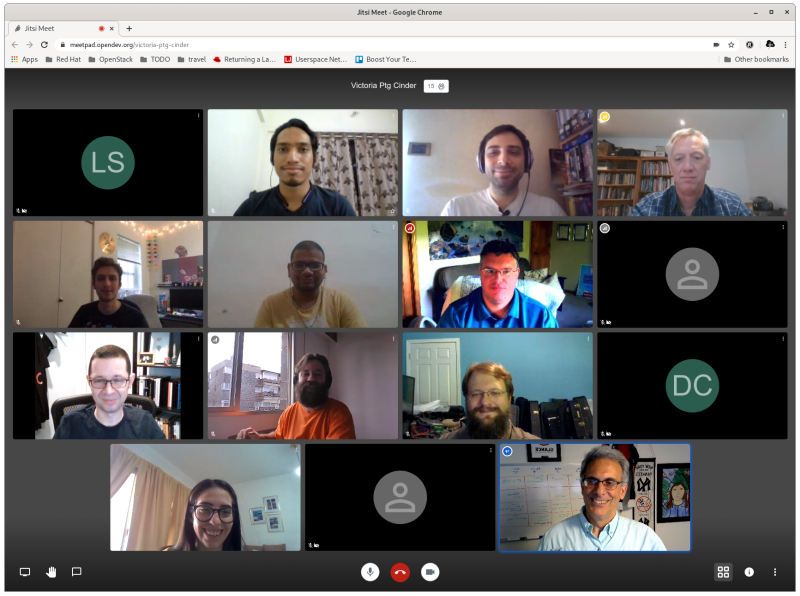 The Cinder Team at the Victoria (Virtual) PTG, June 2020.

(The team adjourned early so that the Cinder core security team could review the patches and plan for rolling out the changes for the bugfix for Launchpad Bug #1823200, which would become public the next day.)

The proposer wasn't available, but we discussed the issue anyway.

This wasn't actually a discussion, someone left a question on the etherpad and Gorka answered it.

Quick discussion of OSSN-0086, which was announced yesterday.

Because we were talking about working on the cinderclient, the question came up: what about the openstackclient? Since Jay is on the TC, and the TC is thinking about the unified client issue, we talked about this a bit.

(We adjourned early for the Virtual Happy Hour, which was not recorded.)