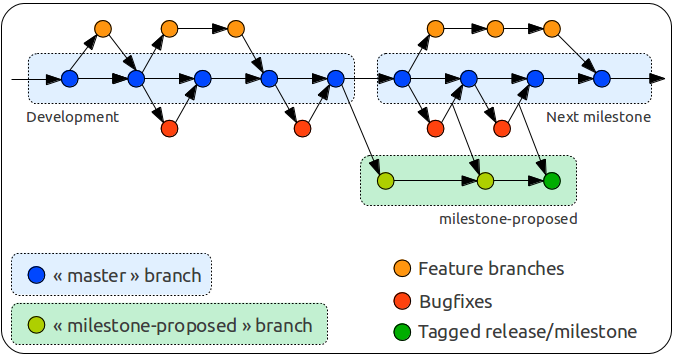 Since we produce artifacts that are leading up to a release and drive a lot of automation, we produce automatic version numbers. Prior to Grizzly, we used a different versioning scheme, which remains documented at OldVersionNumbers

For projects with milestones and releases (Nova, Glance):

For projects where milestones == releases (Swift):

Those (seemingly complex) version numbers actually ensure that you can smoothly upgrade in all scenarios (from trunk to milestone-proposed and back to trunk and to the final version...)